Be the first to know about new developments, who will be speaking, and what opportunities to take advantage of

The world’s largest conference on gender equality and the health, rights, and wellbeing of girls and women.
SEE IMPACT

The top 37 ways that WD2019 delivered for girls, women, and gender equality

Satellite Events and viewing parties take place in communities across the world leading up to, during, and after the Women Deliver 2019 Conference.

Experience the Women Deliver 2019 Conference from anywhere in the world! Watch livestream of plenary sessions, inspiring Power Talks, and original content from the WDLive studio.

Women Deliver stages attract the greatest minds, strongest activists, and most progressive leaders from across the globe. 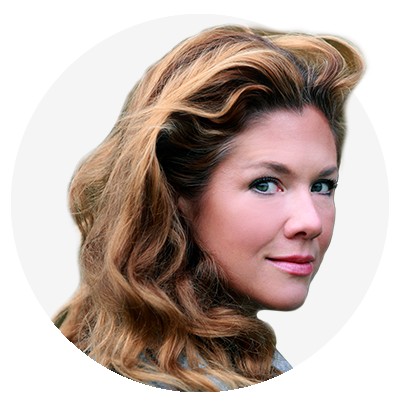 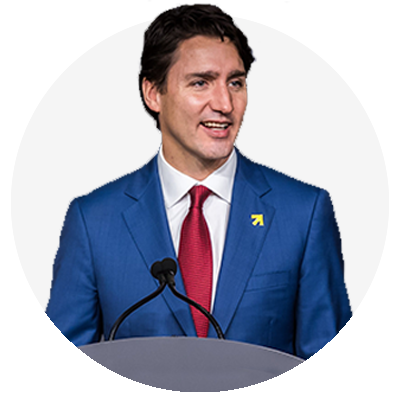 Sophie Grégoire Trudeau is an engaged advocate for gender equality and a mother of three young children. Over the past 15 years, she has been involved with a variety of causes as a speaker and mentor, including teenage self-esteem, women and girls’ rights and freedoms, eating disorders and mental health.

As part of her advocacy, she works as an official spokesperson for Plan Canada’s “Because I am a Girl” initiative and the FitSpirit Foundation. Recipient of the 2013 UN Women National Committee Canada Recognition Award for her contribution to human rights, she was recently named as an influencer for the Deliver for Good campaign of Women Deliver.

As a mother, Sophie’s outdoorsy and energetic personality translates into lots of active family time in nature practicing a multitude of sports. She was honoured as the 100th member of Nature Canada’s Women for Nature initiative for her support for nature and the outdoors and continues to be committed to sharing her passion for nature with Canadians as Honourary Guide for Families for Parks Canada.

Fully bilingual, Sophie studied Commerce at McGill University, and finished her B.A. in Communications at the Université de Montréal. She completed another degree at the École de radio et de télévision Promédia in Montreal. After her studies, she worked in sales and advertising before becoming a television and radio reporter.

Her intrinsic curiosity and her willingness to explore spirituality motivated Sophie to study hatha yoga and attain her certification. She has also completed her kundalini yoga teacher certification for kids and offers classes on a volunteer basis at a public school close to her home.

Justin Trudeau is Canada’s 23rd Prime Minister. He also serves as Minister of Intergovernmental Affairs and Minister of Youth. Trudeau’s vision of Canada is a country where everyone has a real and fair chance to succeed. His experiences as a teacher, father, leader, and advocate for youth have shaped his dedication to Canadians – and his commitment to make Canada a place where everyone has the opportunities they need to thrive.

Before entering politics, Trudeau spent several years teaching French, math, and other subjects in Vancouver. Teaching allowed him to make a positive impact in the lives of young people. He remains committed to hearing the voices of young Canadians, from the classroom to Parliament Hill.

Trudeau entered politics to make change that would better serve all Canadians. In 2007, he built a community-based, grassroots campaign to win the Liberal Party nomination in the Montréal riding of Papineau. He was elected in 2008 and re-elected in 2011 and 2015. Justin was elected Leader of the Liberal Party in April 2013. His leadership campaign focused on building a new, truly national movement of progressive Canadians, bringing hundreds of thousands of Canadians into politics, most for the first time. He worked closely with his team to build a plan to create jobs, grow the economy, and strengthen the middle class. With Trudeau’s leadership, the Liberal plan emphasized fair economic opportunity for everyone, respect for and promotion of freedom and diversity, and a more democratic government that truly represents Canadians.

As Prime Minister, Trudeau leads a government that works hard every day to build an economy that works for the middle class and people working hard to join it. His team is focused on creating new jobs, fostering strength out of Canada’s rich diversity, fighting climate change, and achieving reconciliation with Indigenous Peoples. A strong feminist, Trudeau appointed Canada’s first gender balanced Cabinet.

Trudeau is husband to Sophie Grégoire, a former Quebec TV and radio host. They married in 2005 and are the proud parents of Xavier, Ella-Grace, and Hadrien.

Sahle-Work Zewde was elected as the fourth and first woman President of the Federal Democratic Republic of Ethiopia on 25 October 2018.

She spent her first professional years in the Ministry of Education. She later joined the Ministry of Foreign Affairs in 1988 and started her long diplomatic carrier as ambassador to Senegal with accreditation to Mali, Guinea, Guinea-Bissau, Cape Verde, and the Gambia. She served in Djibouti and IGAD- Inter Governmental Authority on Development for 10 years before moving as ambassador of Ethiopia to France, Tunisia and Morocco and Permanent Representative to UNESCO. After her return to Ethiopia she was appointed Permanent Representative to the African Union and Director-General for African Affairs in the Ministry of Foreign Affairs of Ethiopia.

President Sahle-Work Zewde joined the United Nations in 2009 and served as Special Representative of United Nations Secretary-General/SRSG/ and Head of the United Nations Integrated Peace-building Office in the Central African Republic (BINUCA) thus becoming the first African woman to become an SRSG.

Ms. Zewde is a mother of two boys. She speaks Amharic, French and English fluently.

Tina Tchen shares hope, ideas and strategies that inspire others to recognize the power of diverse teams and keep equality on the forefront of the global agenda.

A high-powered lawyer, Tina’s career accomplishments have established her as a powerful advocate for gender equality. Tina is actively involved with the Time’s Up initiative, where 300 prominent women in the entertainment world have banded together to create a legal defense fund which aims to support women dealing with sexual harassment across all industries. Ms. Tchen co-founded the Time’s Up Legal Defense Fund, which is administered by the National Women’s Law Center, and has raised over $22 million to connect victims of workplace sexual harassment with lawyers. She is a partner at Buckley LLP, where she leads the firm’s Workplace Cultural Compliance practice.

A passionate champion for women’s and children’s issues, including women in positions of leadership, Tina shares her unique perspective and insights on workplace culture, breaking through male-dominated industries, and ending campus sexual assault. Energetic, authentic and engaging on stage, she empowers the next generation to raise their voices and take action now to secure a better tomorrow for women and minorities across the country and world.

Julie Gathoni Sumira Gichuru is a Kenyan entrepreneur and media personality with investments in media, fashion retail and entertainment sectors. She is an Independent Director at Acumen Communication Limited and is a Fellow and trustee of the Africa Leadership Initiative EA. Julie’s career in the media spans over the past 19 years and has seen her work across the fields of broadcast, print and digital media. Julie has also pioneered an impressive number of television shows, from the first Kenyan investigative TV series, The Inside Story on Kenya Television Network to various current affairs shows at NTV (Kenya) including political and current affairs programs Showdown, On the Spot, You The Jury and The People’s Voice, the celebrated news program Sunday Live, peace and reconciliation program Fist to Five at Citizen TV and the celebrated post-election peace special Voices of Reason.

A passionate champion for women’s and children’s issues, including women in positions of leadership, Tina shares her unique perspective and insights on workplace culture, breaking through male-dominated industries, and ending campus sexual assault. Energetic, authentic and engaging on stage, she empowers the next generation to raise their voices and take action now to secure a better tomorrow for women and minorities across the country and world.

Ziauddin Yousafzai is a co-founder of Malala Fund and Malala’s father. For many years, Ziauddin served as a teacher and school administrator in his home country of Pakistan. When the Taliban invaded their home in Swat Valley, Ziauddin peacefully resisted their efforts to limit personal freedoms. Speaking out put Ziauddin at risk, but he feared remaining silent would be far worse. Inspired by her father’s example, Malala began publicly campaigning for girls’ education. Due to her increased prominence, Malala was attacked by the Taliban two years later. Malala survived and was transported to the U.K. for treatment. Ziauddin, his wife, Toor Pekai and their two sons joined Malala in Birmingham. Determined to continue their campaign, Ziauddin and Malala founded Malala Fund in 2013. Together they champion every girl’s right to 12 years of free, safe, quality education. His first book “Let Her Fly” is on parenthood and fighting for equality.

The Women Deliver 2019 Conference will be the world’s largest conference on gender equality and the health, rights, and wellbeing of girls and women.

From keynotes to social enterprise pitches, workshops to film festivals, there will be countless opportunities to engage, gather inspiration, and build a more gender equal world. World leaders, influencers, innovators, and change-makers, make each main stage plenary session memorable and provocative. Women Deliver plenaries are not about speeches and presentations—they’re about engaging dialogue that drives the agenda forward.

At this lively mixer, experience first-hand 10 mobile apps with the potential to change the world for girls and women. Attendees travel from table to table to see the apps in action and decide which could be the most transformative. At this lively mixer, experience first-hand 10 mobile apps with the potential to change the world for girls and women. Attendees travel from table to table to see the apps in action and decide which could be the most transformative. The heart of the Fueling Station, this physical space is dedicated to elevating the voices of young people at WD2019. The Youth Zone will be a bustling central hub to challenge the status quo through intergenerational dialogue and idea-sharing.

Women Deliver 2019 is a chance for all of us to come together, step up, and do our part to make gender equality a reality.

This was more than a conference, it was an unforgettable opportunity to exchange ideas with leaders from all over the world, learn about innovations in development, and meet inspiring individuals.”

WD2016 was defining and disruptive. I was surrounded by thousands of individuals with candles of passion in their hearts to make a change for women and girls.”

Women Deliver will be one of the most exciting sponsorship opportunities of 2019. And as a not for profit conference, we can’t do it without you. Highlight your dedication to this movement on the world’s biggest stage for gender equality. Become A Sponsor
View All Sponsors

More than 6,000 world leaders, influencers, advocates, academics, activists, and journalists will flock to Vancouver from around the world with the drive to accelerate progress for girls and women everywhere. The beautiful Vancouver Convention Centre, a LEED® Platinum certified facility on the waterfont, is an ideal location to host this world-class international event. 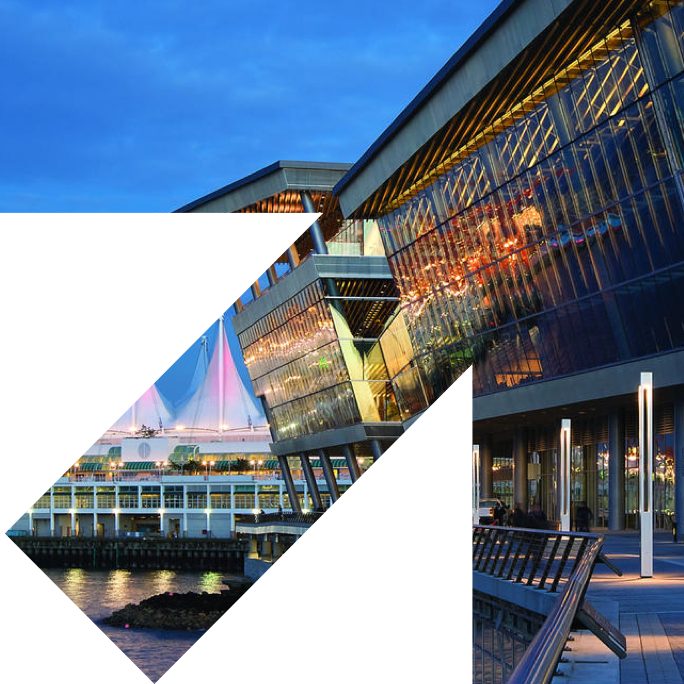 More than 6,000 world leaders, influencers, advocates, academics, activists, and journalists will flock to Vancouver from around the world with the drive to accelerate progress for girls and women everywhere. The beautiful Vancouver Convention Centre, a LEED® Platinum certified facility on the waterfont, is an ideal location to host this world-class international event.